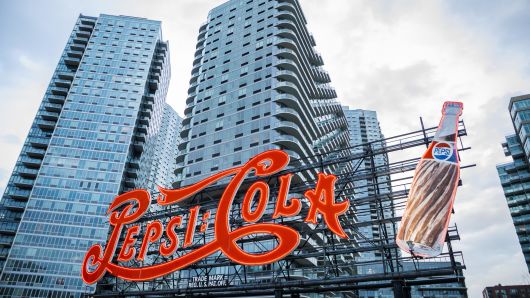 Developers and speculators — who bought property on the promise of Amazon’s planned New York City headquarters — are “freaking out,” now that the e-commerce giant pulled out of the deal due to local opposition, luxury real estate agent Ryan Serhant told CNBC on Friday.

“Was I dumbfounded that New York politicians were going to ruin it for everyone? No. Was it an exhausting day yesterday? Yes,” said Serhant, who runs a team of agents at Nest Seekers International. He also stars on Bravo’s reality series “Million Dollar Listing New York.”

“We put, I think, 15 different apartments into contract, purely speculative, based on the Amazon move,” he said in a “Squawk Box” interview. “All 15 of those buyers called yesterday, freaking out, saying, ‘Should I pull my deposit, can I get it back? Is there an Amazon contingency in my contract?'”

On Thursday, Amazon said it would no longer build the New York half of its East Coast headquarters in the Long Island City neighborhood of Queens, one of the five boroughs of New York City, which include Manhattan, the Bronx, Brooklyn, and Staten Island.

New York State Sen. Michael Gianaris, a Democrat whose district includes Long Island City, defended his opposition in a separate CNBC interview on Friday, saying, “when they [Amazon] come in and take over a community like that, the community dies.”

Gianaris, along with other New York politicians including liberal firebrand Rep. Alexandria Ocasio-Cortez, opposed the $3 billion in incentives the city promised to pay Amazon to seal the deal in November over the dozens and dozens of other localities which were in the running for the project.

“The Amazon ‘boom,’ as we can call it, happened too quickly. And no one was really able to understand the benefits that that many jobs to the area would have brought to the locals,” said Serhant, who started his career in Long Island City.

Serhant thinks Long Island City can still prosper without Amazon. “I’ve always loved Long Island City. I think it’s a great place for real estate investment.” He said apartments there go for about $200 per square foot less than in Manhattan.

Eric Benaim, CEO of the Long Island City-based brokerage Modern Spaces, agreed. He called Amazon’s change of plans “a shame” and said that “of course” if the company had stayed “it was going to be better.”

However, “we are still doing deals. Nothing has changed,” he said on “Power Lunch.” “Long Island City has been an exciting and hot neighborhood for the past 10 years, and it will continue to be a hot and exciting neighborhood.”

The brokerage sold 300 pre-construction units in two weeks after Amazon announced it was coming to town, but no one has called yet to back out, Benaim said. Closings aren’t expected for another eight to 10 months. “We’ll just have to wait and see, but I don’t think any of those will really leave,” he added.

Amazon, which does not plan to search for a replacement location, said it plans to move forward with its planned second half of its East Coast headquarters in Northern Virginia. Meanwhile, Nashville, Tennessee, which had won a smaller investment in the monthslong HQ2 search, will also remain on track.