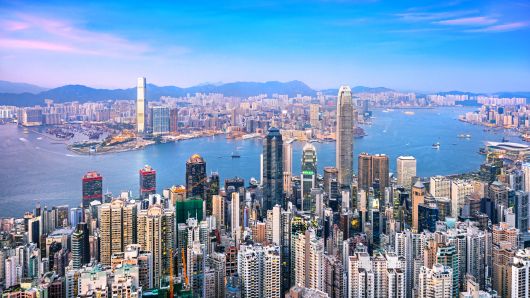 Hong Kong will spend around $80 billion to build one of the world’s biggest artificial islands.

Secretary for Development Michael Wong said in a speech Tuesday that around 1,000 hectares of land would be constructed to deal with Hong Kong’s “serious shortage of land supply.”

The new “land” will be formed near the existing island of Lantau, and will provide up to 260,000 residential units, he added. Seventy percent of the new homes will be public housing.

Hong Kong is home to about 7.4 million people. The territory has its own laws and currency, while traditions of transparency, low taxes and light regulation have helped make it a major global financial center. High demand and short supply have driven property prices to “unaffordable” levels in recent years.

Although Wong said the new island would help Hong Kong “withstand the increasing pressure of the population,” the plans have faced criticism.

Greenpeace responded to Wong’s announcement with a statement urging the government to develop Hong Kong’s former agricultural sites instead, claiming that it would be a more cost effective and environmentally friendly strategy.

Zhu Jiang, senior project director at Greenpeace, said the move was a “retrogression.”

The idea for the development of an artificial island was first floated by Hong Kong leader Carrie Lam, who said in a policy address last year that it would help to ease the housing shortage.