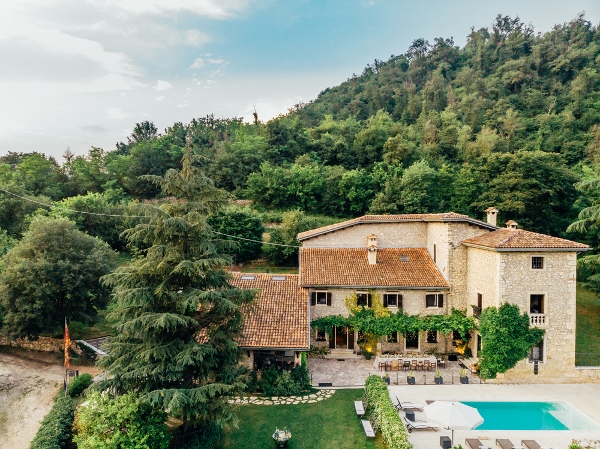 Posted By: Editorial Teamon: August 20, 2019In: Business, News, Real Estate2 Comments
Print Email
New figures show that while property prices across most of Europe are rising, the Italian market seems to be lagging behind. But it’s a bit more complicated than that.

What’s going on with Italian property prices? Nothing new, you might say. But a snapshot of the market reveals some curious trends, which we’re attempting to make sense of.

Overall, the latest data from Italian statistics agency Istat shows that property prices in Italy are stalling in contrast to most other member states.

Italian house prices have fallen by 0.4 percent year on year. Not exactly a dramatic drop, and better than the -1.2 percent recorded this time last year. But this goes against the trend across Europe, where house prices are up by 4.3 percent on average; the figure identical in both the Eurozone and the whole of the EU.

So what’s happening in Italy?

As the map below shows there are of course some pretty big price differences from region to region, as well as within regions.

The map, using data from July 2019, shows the average asking price per square metre of all property posted on the popular home search website.

It shows the highest prices by far were found not in Rome but in the Valle d’Aosta region, where the price per square metre was three times that of property in Molise, where prices were lowest.

But most importantly, experts point out that there are very big market differences between different types of property, meaning it’s not entirely true that Italian real estate is depreciating.

Short-term rental prices are soaring and new-build properties are recording rising prices. And prices in Italy’s cities have been famously high – and rising – for a long time now, following a more familiar trend.

In fact, in the third quarter of 2018 the value of new homes grew by 1.2% compared to the same period of the previous year. And in the second quarter the increase was 1.4%.

But the Istat figure is a country average, taking in everything from the newest luxury city-centre apartments to crumbling, historic homes in the country’s growing number of near-abandoned vilages.

Look closely, and you’ll see that older houses are the ones losing value. And they’re losing it to such an extent that the country still ends up with a negative growth figure – even if the market is not completely stagnant.

There are apparently many factors, and would-be homebuyers struggle with everything from rising poverty to high taxation.

But the quality of the older properties on the market is one problem that seems to be weighing the market down.

“Firstly, in recent years the price of these properties had grown too much. And there’s the fact that Italians do, on average, very little maintenance on their homes,“ Maurizio Sgroi, economic journalist and author of the blog The Walking Debt, told Repubblica.

Even the briefest look at houses for sale in smaller Italian towns and cities reveals that the vast majority of houses available have not been renovated for decades, boasting appliances that belong in a museum, terrible energy efficiency ratings, and often, serious structural issues.

Houses in places like Rome will sell anyway, but “in smaller provinces, the price of a house that has never been renovated just collapses,” says Sgroi.

The price and hassle of major renovation work is off-putting for many who, the figures appear to show, prefer paying more for a new property.

Another problem for buyers is that nicer properties will often be turned into bed and breakfasts or rented out on Airbnb, Repubblica writes.

Sadly ,not all houses for sale in Italy look like this one. Photo: depositphotos

“In reality, in our country only those who can really afford it are buying property: those with stable jobs, those who are selling a property, or parents buying property for their children,” says Sgroi.

He also points out that interest rates on mortgages right now are at a all-time low and, despite improvements in the market since 2015, sales are still a long way from pre-crisis levels.

The figures paint a picture of a depressed market, though in some ways it is more accessible to young first-time buyers than in many other European countries – if they can find a house worth buying, that is.

One first-time buyer, 30-year-old Emanuele Reale, tells The Local Italy how he’s just bought his first home in a small town near Siena, Tuscany, for 123,000 Euros.

And experts aren’t expecting the market to pick up any time soon.

One estate agent in Arezzo, Tuscany, who didn’t want to be named, says that he doesn’t expect house prices locally to increase “in the next two or three years, at least not for older properties, of which we have very many.”

Sgroi, too, is pessimistic: “In Italy most over-65s own one or more properties. When these people pass away, a generation of Italians will inherit.”

“But this stock of houses is destined to end up on the market anyway, because not everyone can afford to keep them, and because there will be more houses than there will be people who inherit them. The result? Property prices will fall again.”

“It’s one thing to make a picture of what a person looks like, it’s another thing to make a portrait of who they are.” — Paul Caponigro – Visit The Online Publishers TOP online photographers for artistic, professional photography.