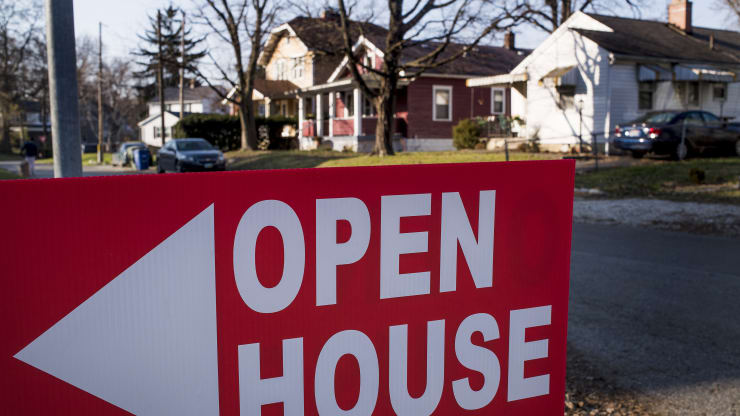 After a strong summer in the housing market, something is turning potential buyers on their heels. Just 21% of Americans say now is a good time to buy a home, a drop from 28% in September, according to a monthly sentiment survey by Fannie Mae.

There was also a decline in the share of people who think now is a good time to sell a home, from 44% to 41%.

The problem is price. Affordability has weakened considerably since the surge in summer buying. Home price gains had been cooling off at the start of this year, but then mortgage rates began falling, buyers rushed in and prices heated up. Now mortgage rates are rising again, adding to the problem.

“The ‘good time to buy’ component has declined notably, despite low mortgage rates, due in part to the persistent challenge of a lack of affordable housing supply,” wrote Doug Duncan, Fannie Mae’s chief economist, in a release. “In turn, the net share of consumers expecting home prices to increase over the next 12 months has fallen to its lowest reading in seven years.”

Consumers may believe prices will not rise, but current market dynamics say otherwise. An overwhelming majority, 93%, of metropolitan housing markets, saw price gains in the third quarter of this year, according to a new report from the National Association of Realtors. That’s up from 91% in the second quarter.

“Incremental price increases are to be expected, but the housing market has been seeing reacceleration in home prices as more buyers want to take on lower interest rates in the midst of insufficient supply,” said Lawrence Yun, chief economist of the Realtors. “Unfortunately, income and wages are not rising as fast and will make it difficult to buy once rates rise.”

The supply of entry-level homes for sale is extremely low, and homebuilders are not only still operating below normal production levels, they are not pivoting meaningfully to the entry-level market.

“It’s not just the overall supply of new construction that’s gone down, but the supply of starter homes, so it’s the affordability challenge at the entry level that’s been a particular challenge,” said Rob Dietz, chief economist at the National Association of Home Builders. “Right now only about 10% of newly-built home sales are priced under $200,000. Five years ago that share was 1 in 5, and 10 years ago it was 40% of new home sales priced under $200,000.”

Overall consumer sentiment in housing is still strong, because mortgage rates are lower this year than last year, and the labor market is solid. But one component of the survey portends weaker sentiment ahead: Fewer people said their household income was slightly higher than it was a year ago. Just 16% said it was, down from 21% in September. That could be the one factor that will tame prices going forward.

“I think what’s going to hold them back from over-heating is that prices have risen so fast relative to incomes,” said Daryl Fairweather, chief economist at Redfin. “Any time prices get too high, there’s going to be this reaction where there just aren’t enough homebuyers to purchase those homes.”

How do governments attract foreign direct investments in a country

Getting The Best In Online Marketing With The Trend It Service.

3 Reasons You Find The Best Freelance Jobs With TOP Platform.