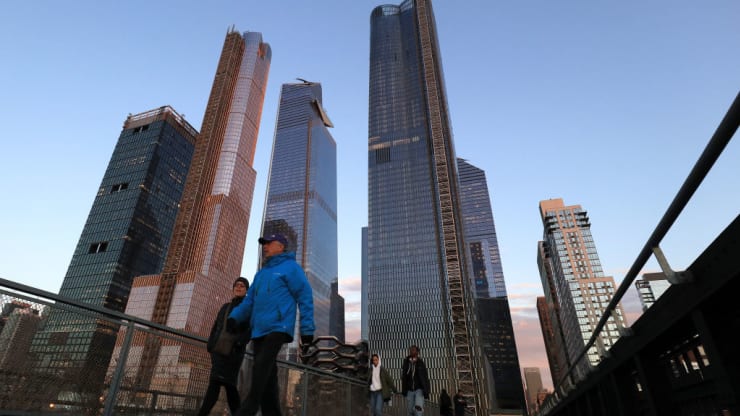 Facebook has signed a lease at Hudson Yards for more than 1.5 million square feet of office space and plans to move into the new offices next year.

Facebook’s main office in Manhattan is near the Astor Place neighborhood, while its headquarters is located in Menlo Park, California. A Facebook spokesperson said the company has yet to determine how many employees and which teams will work out of the Hudson Yards office.

“When considering the next phase of our growth in the city, it was important that our newest office space was situated in the heart of a vibrant community that offered access to arts, culture, media and commerce,” John Tenanes, Facebook’s vice president of global facilities and real state, said in a statement. “Hudson Yards offered this and more, and we’re excited to expand our offices there starting in 2020.”

Facebook had been rumored to be exploring office space at Hudson Yards prior to Thursday’s announcement.

Facebook isn’t the only Silicon Valley company that has expanded its footprint in the city. Google is said to be nearing a deal to move into space at St. John’s Terminal in New York City’s West Village neighborhood. Earlier this year, Amazon reversed its plans to build a second headquarters in the Long Island City neighborhood of Queens after it faced community opposition. But Amazon has also said it will continue to hire for more positions in New York.

Hudson Yards officially opened its doors in March. The luxury and commercial real estate development includes several skyscrapers, a mega mall with a mix of brands and restaurants, a cultural center and a 150-foot-tall sculpture called “The Vessel.”

The Court of Appeal has overturned a High Court finding that applicants for Irish citizenship must have “unbroken” residence here in the year before they apply.

TOP Gives A Space To Make Money Online From Home

Getting Paid For Starting As An Online Reviewer.

Tips to help you choose the best digital marketing agency to boost your tourism sector.

The Role Of Social Media In Online Lobbying.

2 Reasons All Online Reviewers Need To Be With TOP.

4 Benefits For Online Advertisers Who Join With TOP

2 Reasons that TOP is Supreme for Content Creation Services.

3 Ways to Get Great Online Reviews.

Shares of Nintendo tumble after it announces a delay in a closely watched video game.

The French patients ‘cured’ with wine.