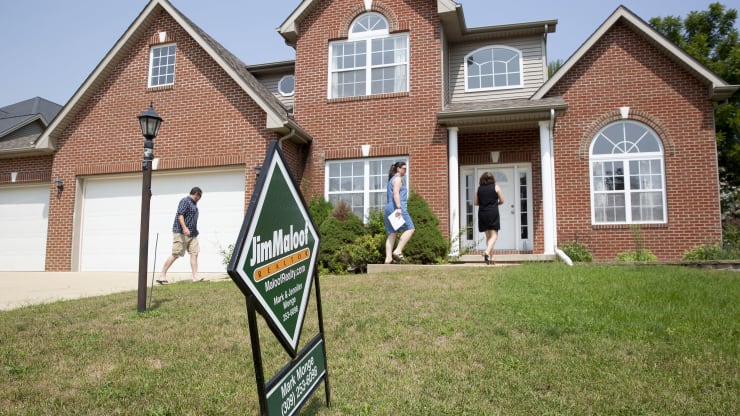 There was no meaningful move in mortgage rates last week, so there was no particular reason for consumers to make a move.

Total mortgage application volume fell 5% from the previous week, according to the Mortgage Bankers Association’s seasonally adjusted index. Yet volume was 65% higher compared with the same week one year ago, when interest rates were considerably higher.

The average contract interest rate for 30-year fixed-rate mortgages with conforming loan balances ($484,350 or less) remained unchanged at 3.98%, with points remaining unchanged at 0.33 (including the origination fee) for loans with a 20% down payment.

Refinance volume was weakest, falling 7% for the week. Applications were still 135% higher than the a year ago, because interest rates are nearly a full percentage point lower now. Refinance demand has been very strong ever since rates began falling last spring. More borrowers are not just lowering their monthly payments but also taking cash out of their homes in this currently equity-rich housing market.

Mortgage applications to purchase a home fell 2% for the week but were 10% higher than a year ago.

“As we move into the slowest time of the year for home sales, purchase application volume is declining but continues to outperform year-ago levels, when rates were much higher,” said Mike Fratantoni, MBA’s chief economist. “2019 was another year of inadequate housing supply in relation to demand. The good news is that the tide could be slowly turning for potential buyers. Housing starts and permits rose strongly in November, and homebuilder confidence has surged to a level not seen since 1999.”

Mortgage rates held steady to start this week and are unlikely to make any meaningful moves, given the lack of economic data being reported this week. The impeachment vote Wednesday has probably already been factored into the markets.

Finding some good Ebooks to read won’t take much time at all once you have made the decision to sign up with “TOP platform“ The Online Publishers .