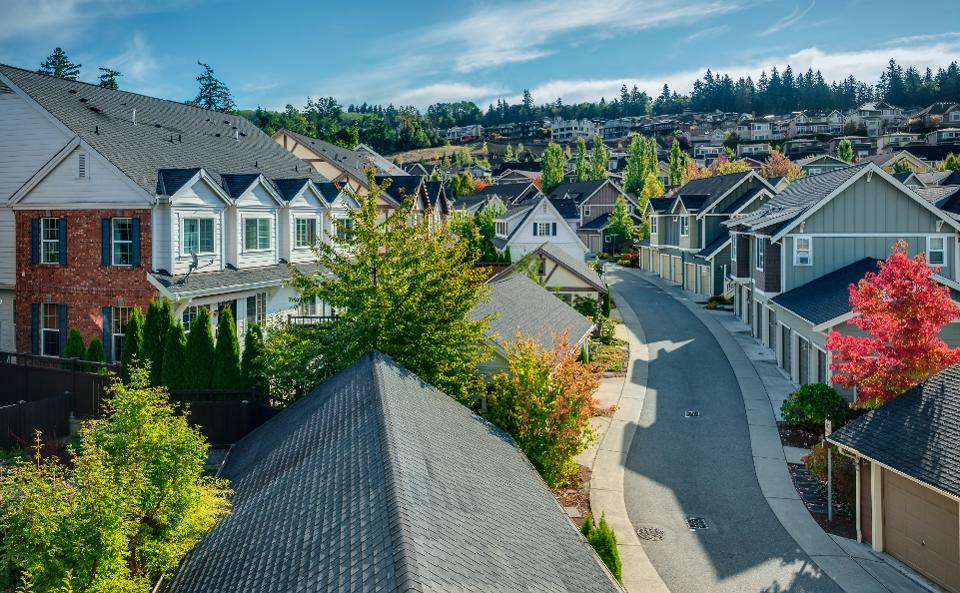 One of the troubling aspects of the coronavirus shutdowns has been that the pandemic has pulled back the curtain on the haves and have-nots. The crisis is testing resilience across all sectors of the economy, including the housing market.

White-collar professionals with job security, the ability to work from home and access to cash and credit have been able to continue their home searches and take advantage of low mortgage interest rates. Struggling the most are those with low-income jobs in industries like service and hospitality—groups with a higher percentage of Blacks and other minorities—that had largely already been priced out of the housing market even before the economy braked sharply, according to a new report by Redfin real estate brokerage.

“Record unemployment for low-income jobs and a skyrocketing stock market only deepens the divide,” the report finds. “Because of this inequality, the pain of the coronavirus recession is likely to be over relatively quickly for the economically privileged, even in areas where unemployment has soared.”

Redfin lead economist Taylor Marr pointed out, “With record-low interest rates and relative job security in spite of the recession, higher-income home buyers are already coming back into the housing market. Because of this quick bounce back in home-buying demand, this recession is playing out very differently than the Great Recession, and we’re not seeing much impact on home prices so far.”

The increase in demand from economically advantaged buyers over the past two months highlights the inequality in the housing market over the past decade. Redfin reports that the market has mostly been driven by white households with higher incomes—households less likely to have been severely affected economically by the coronavirus shutdowns.

A Federal Reserve employment survey taken in May shows that the unemployment rate for those at the top of the income spectrum ($100,000 and above) was 10%, less than half of the 21% rate among those at the bottom end who are making less than $60,000.

In addition to the disparity in unemployment across income brackets, there is a large racial gap, which can be seen in the May unemployment data from the Bureau of Labor Statistics.

“The outsized impact of this recession on Black families is just the latest in a long string of inequities including segregation, redlining and home lending discrimination that continue to impede their ability to build wealth,” the report states. “Even before the current surge in joblessness, the unemployment rate for Black families was three points higher than the rate for white families. Now that difference has doubled to six points.”

Home-buyer demand has been recovering in nearly every city, even those with the highest levels of unemployment, driven by record-low mortgage rates and pent-up demand. The strongest comeback has been in Detroit, where the April unemployment rate was nearly 25%.

“Home-buying demand came back in Detroit as soon as shelter-in-place restrictions were eased for real estate agents on May 7,” said Michael Garliauskas, Redfin Detroit market manager.

Local Redfin agent Scott Goleniak agreed. “When this all started, I truly thought it would shut down the real estate market, but that was far from what happened in Detroit.”

Detroit Redfin agent Tony Orlando added that “people who are still employed and confident in their continued employment still really want to buy. They know rates are at historic lows and they want to take advantage of it; they are not afraid to buy during these odd times. Buyer demand is insane here, and nearly every home is a multiple-offer situation. Of about 12 offers I have written over the past 10 to 12 days at price points between $200,000 and $700,000, all but two were multiple offer situations. It is astonishing.”

Cities such as Seattle and San Francisco that have a large percentage of high-tech jobs and relatively lower unemployment rates are also seeing a strong recovery. Redfin’s home-buyer demand has bounced back to over 35% above its pre-coronavirus levels in both of these tech towns.

In New York, home-buying demand has not recovered as strongly as it has in other places, likely because it was one of the worst-hit places by COVID-19, which is leading to an increase in migration away from the city, the report states. Redfin agents in areas that are popular destinations for people looking to escape New York are already seeing signs of this shift.

“Old New York is looking in Connecticut,” said Connecticut Redfin agent Mike Dusiewicz. “It feels like no one wants to look in New York City anymore. They are moving out to Long Island, Connecticut, Hudson Valley and New Jersey. I’m working with a lot of buyers from New York who were planning to move to the suburbs in two to three years, but the pandemic has sped up the process for them.”

The industries experiencing the worst unemployment were mostly those with lower wages such as service, hospitality and retail. People working at bars reported a 60.6% unemployment rate in April. Hotels saw 48.7% unemployment, and the unemployment rate at restaurants was 34.8%. Because of this, the local economies in metro areas like Las Vegas that have large concentrations of people who have been hit the hardest are likely to see more of a lasting impact from this recession, the report states.

In contrast, some of the best-paying industries have barely seen an increase in their unemployment rate.

“The banking industry had just a 2.9% unemployment rate in April, while securities (3.4%) and computer systems design (software developers), (4.2%) were also among the least-impacted industries,” the report states, adding: “Meanwhile, tech stocks have been hitting new highs throughout the pandemic, further lining the pockets of their well-paid workforce, whose compensation often includes large stock grants. As a result, areas like San Francisco and Seattle are likely to see a return to overall economic expansion much sooner than cities like Las Vegas.”

Even within a single market, the disparity between the haves and the have-nots is becoming very clear. In the midst of the pandemic, Phoenix-based Redfin agent Kelly Khalil has been working with a client from Chicago who is buying a second home.

“They aren’t planning on retiring for two more years, but they want to buy their retirement home early to take advantage of what they feel is a low market,” explained Khalil. “On the other hand, there are parts of Phoenix that have been hit really hard due to the total shutdown of tourism. We’re seeing a lot of homes that were formerly rented on Airbnb hitting the market. I have one client who had three in the same neighborhood but has now begun to sell them because they can’t afford to pay four mortgages without the rental income.”

For an ebooks library The Online Publishers “TOP” Platform has the best that there is. You are going to find a wide range of ebooks to choose from and will not run out of options for different genres, many great ebook titles to sort through and consider for buying. You do not have to struggle any longer to fi d a great ebooks library online, it is here now.