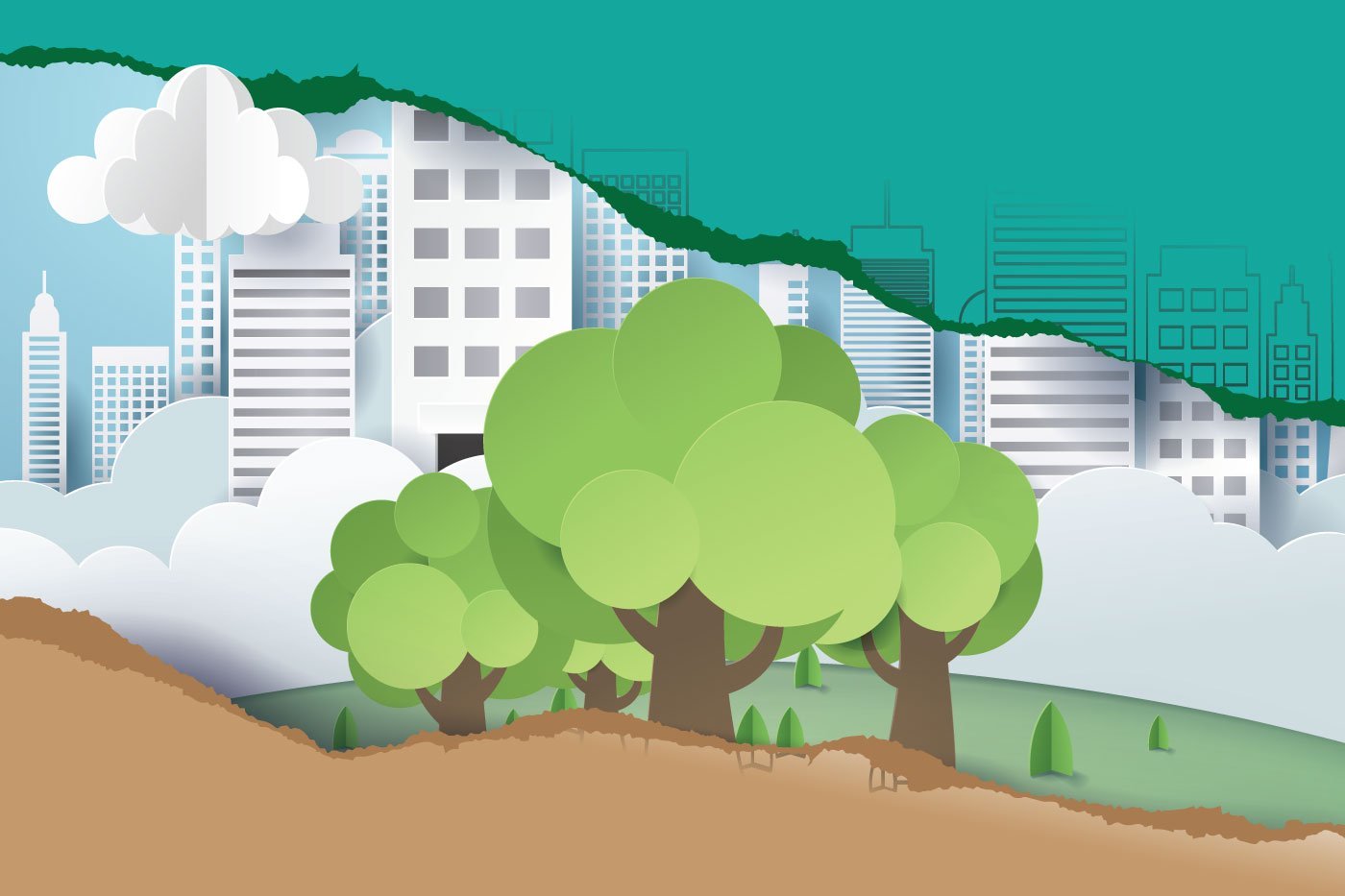 The Growing Trend of ESG Investing in Commercial Real Estate

In recent years, environmental responsibility has shifted from individuals to organizations. Perhaps twenty years ago, helping the environment was viewed as a personal choice or lifestyle. An individual makes daily choices that affect their personal carbon footprint: recycling, riding a bike, becoming a vegetarian, converting to solar energy, and transitioning to a hybrid or electric vehicle are all ways that people, as individuals, have been helping the environment. But as the increasing effects of climate change continue to wreak havoc on the planet, it has become clear that choices made by individuals are not going to solve this issue. The scope of the problem (and the parties responsible for mitigating it) has broadened to include national governments, worldwide organizations, and corporations of all sizes.

Corporations, especially those in industries that produce hefty carbon emissions, are now being measured and judged by stakeholders for their willingness to create and participate in sustainability plans. Yet, for the amount of emissions that the real estate industry produces (about 40 percent of the world’s total), their investments to become more sustainable, are relatively small in comparison.

While sustainability can arguably be considered a broad term that is difficult for companies to measure, buildings, on the other hand, have a very precise carbon footprint that is directly measurable. Currently in the U.S. there are nearly 600 commercial buildings that have a net zero energy certification, according to the Zero Energy Project. However, real estate companies have added layers of complexity in addition to simply looking at carbon emissions produced by building operations. I spoke with Dan Seligman, a senior manager of energy efficiency at Ceres, which is a nonprofit organization that works with investors and companies to create sustainability initiatives and roadmaps. He explained, “There’s a huge spectrum of sustainable behavior within commercial real estate.”

This wide spectrum can make it difficult for investment teams to pinpoint exactly which criteria have been met that qualifies a real estate company as sustainable. “Commercial real estate has an inherent complexity in that three different entities control the property. You have the owner or owners. You have the tenants who occupy the space and pay their own energy bills, and then you have the property managers who run the building. It takes cooperation from all of those entities,” said Seligman. So while different controlling parties make sustainability initiatives more difficult, Seligman also mentioned that “a new generation of software tools, such as Prescriptive Data’s Natum OS, can spotlight energy waste across shared and leased spaces to help landlords, tenants, and property managers problem solve together.”

Similarly, large companies in other sectors are setting precedents for sustainability roadmaps that make it increasingly difficult for those in real estate to dodge environmental accountability. I spoke with Brendan Wallace, Cofounder of venture capital firm Fifth Wall, who recently underwent the process of becoming a B corporation—one of the largest VC’s to accomplish this. Fifth Wall’s investments are focused on technology that impacts the real estate industry,  While this decision doesn’t affect investment decisions at all, it does give Fifth Wall the ability to raise expectations for their limited partners and for others within the industry when it comes to environmental, social, and governance (ESG) investments. “The B Corp accreditation is the highest standard for a company like ours, and if we’re going to say the real estate industry needs to commit to sustainability, I want to make sure we’re walking the walk,” said Wallace.

Wallace cited examples of companies like Amazon and Microsoft, who have much smaller carbon footprints in comparison to the largest real estate companies, yet they have taken pledges and outlined roadmaps to get to a place of carbon neutrality. The precedents exist for how large companies can commit to carbon neutrality and set achievable benchmarks to reach this goal. So then, why isn’t the real estate industry following suit? According to Wallace, “There is a lot of talk and not a lot of dollars.” What this means is that the real estate industry has a funding gap as well as a technology gap. The industry has been slow to adopt technology in general, but this includes technology that can help achieve energy efficiency and carbon neutrality.

The reason for this slow adoption varies, but as a general rule, change happens when pain points become so prominent there is no other choice but to do things differently. Up until now, the real estate industry as a whole has not felt enough “pain” to cause it to change, or in other words, the old way of doing things worked fine (until it didn’t). According to Wallace, the industry has finally reached its threshold for pain: “Receptivity to adopt tech is higher than ever before.” That is not to say all real estate companies have moved as equally slow when it comes to sustainability and innovation. Some companies have taken the initiative to improve their reputations and better align with consumer choices by branding themselves environmentally-friendly, but these brands also need to “walk to walk” by investing the dollars needed to become sustainable.

In 2018, Boston Properties raised $1 billion in bond debt for sustainable development projects.This green bond was the result of increased interest from investors in sustainable developments, but it was also the result of listening to what Boston Property clients desired from the spaces they were occupying. At the time, with “over 20 million square feet of LEED-certified space under management, it was clear to them that the demand for sustainability was growing. In a 2019 recap letter to stakeholders, Boston Properties highlights included growing their green bond offerings by an additional $850 million since its inception, which is close to doubling the original amount. The letter also stated that the company has reached its “second carbon emissions reduction target six years early” and was also the recipient of many sustainability awards, including the 2020 Energy Star partner of the year selected by the U.S. Environmental Protection Agency.

However Wallace warns that these types of awards are sometimes fluff, lacking any real substance. “There are awards and initiatives, but those are often just decorative. Those are just dressing,” said Wallace. His solution? “You need hard work, and you need R and D. Real estate has a collective action problem. There is an investing shortfall. We need to pool our resources,” explained Wallace. Wallace envisions the industry pooling resources to invest in technology that will help it decarbonize. Because of COVID-19, the real estate industry’s issues are more pronounced now than ever before. Wallace believes that smart companies will reinvent their businesses and use technology to build sustainability into the core of their operations, and those that don’t won’t be around for much longer.

In 2020, BlackRock CEO Larry Fink wrote a detailed letter to shareholders that plainly states “climate risk is investment risk.” Fink makes it clear that while governments must lead to the way for change, investors and corporations also have a hefty responsibility when it comes to forging a new decarbonized future. While there are some commercial real estate companies taking steps in the right direction, it’s now more evident than ever that building sustainable, safe environments is just as important to investors as it is to occupants. We may rely on the built world for shelter, but we rely on the actual world for life.

Press release distribution services deliver your press releases to a host of journalists in targeted media outlets who may be interested in the article you are trying to share. This can be online or through contacting the relevant media outlets. In the digital world we are living in, doing press releases online, can turn out to be the most effective way of giving your piece of article the attention it deserves.