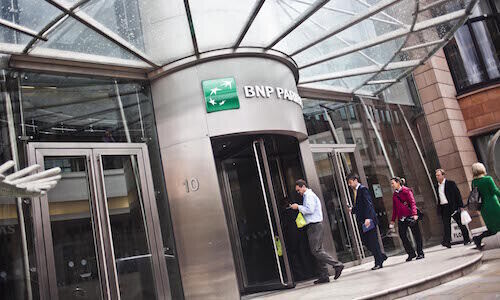 Han Khim Siew and Mathieu Brummer have been appointed as co-heads of BNP Paribas Real Estate Asia Pacific, according to a statement, based in Singapore and Hong Kong, respectively.

Both Siew and Brummer have been active in BNP Paribas’ APAC real estate unit since its inception in 2013.

Siew joined the unit in 2013 from Jones Lang LaSalle Indonesia, where he was its head of investments, and has led more than $3 billion of investments into Europe since. Previously, his career spanned across government, private equity real estate and real estate advisory in Asia and Europe.

Bummer joined BNP Paribas Real Estate in 2011 and has been spearheading capital raising efforts in North Asia, most recently as its deputy head, including for numerous first-time investors into Europe. Previously, he spent six years on the principal side with Morgan Stanley Real Estate in Frankfurt, Germany, focusing on acquisitions, debt procurement, and asset management.

According to BNP Paribas Real Estate, it has facilitated over 9 billion euros ($10.6 billion) of flow from Asian investors into European and U.K. real estate markets across commercial office, retail, logistics and hospitality assets.

«The close collaboration with corporate investment banking, wealth management and asset management across the Asia Pacific region has greatly contributed to this success,» said Young. «The new structure will further enhance cross-selling between the various BNP Paribas group businesses.»