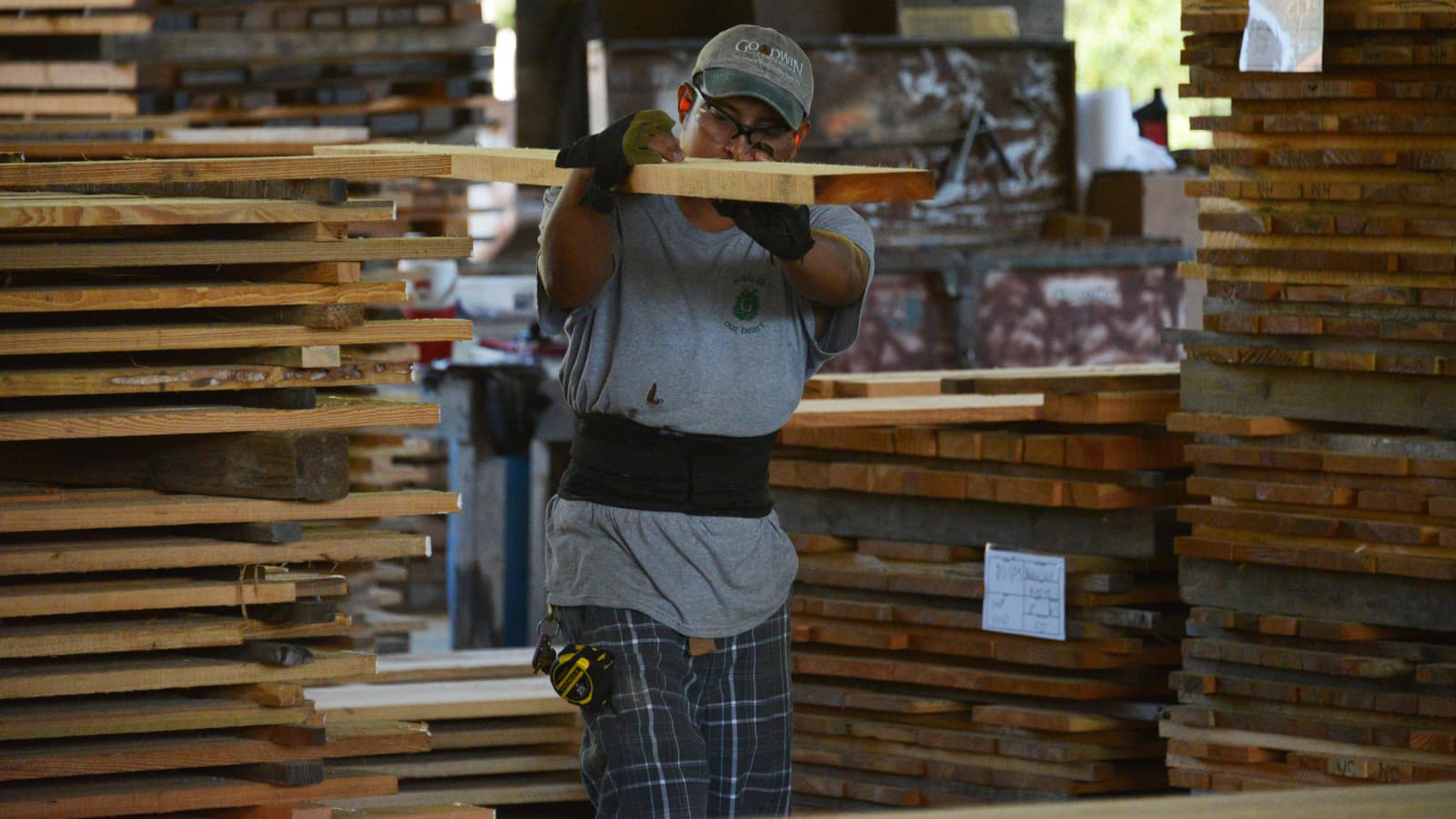 “The jobs that you have coming up, don’t expect us to go back to what we saw the previous 10 years. That being said, if you can wait, there’s no reason not to,” the chief operating officer at Sherwood Lumber said on “The Exchange.”

“We do see some relief over the next six to 12 months, still albeit at prices that are much, much higher than prices we’ve experienced in the recent past,” added Little, who’s spent more than a decade at Sherwood Lumber, a privately held New York-based wholesale distributor. He’s also a former lumber trader.

Lumber futures have faced significant weakness in the past month following a major move higher during the Covid pandemic. Lumber futures for July delivery fell more than 5% to $1,158 per thousand board feet Tuesday, which is down more than 30% from a record $1,711 on May 10.

Despite the recent declines, lumber remains up more than 200% in the past 12 months.

In late May, Little told CNBC he expected the current lumber cycle, featuring volatile trading and elevated prices, to remain for “the foreseeable future.” At the time, he stressed that prices could come off their highs but still be above historic averages.

He reiterated that view Tuesday, saying the company’s forecast “really has not changed.”

“We’re in month number 12 of what we believe to be a 24-to-30-month … cyclical bull wave,” Little said. “We really believe the new three-year mean will be much, much higher — almost two times than what we’ve seen the previous 20 years.”

The sharp move higher in wood prices has added cost to projects and was cited as one factor behind a drop in housing construction that was reported in April.

Little said a pullback in lumber was “inevitable” as higher prices tamed demand.

“These builders and our customers are very savvy,” Little added. “They’re instructing their customers: If it doesn’t need to be done today, it might be a better time to take a breather and start this project later in the fourth quarter, possibly in Q1 of 2022.”

We are Trade Board Limited, the experts on all things Vanuatu.  We can help you with the various smaller chores associated with business activities.  See the complete list at https://tradeboard.biz.